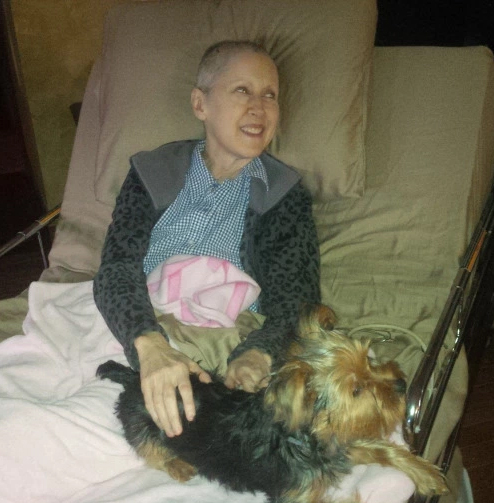 “But Honey,” I whined, “What does it matter if every single tassel on the stupid rug is pointed in one direction ?” The drama was repeated nearly every time I vacuumed the throw rug in the living room because, apparently, the tassels of the throw rug need to be “combed” into one uniform direction by the beater bar of the vacuum cleaner.  To be clear, just in case the sarcasm didn’t work, I don’t like vacuuming and I definitely don’t like combing the tassels,  which is what lead to more than one serious debate.

Ever since Libby and I were married I teased her about her perfectionist tendencies; whether she was remaking the bed because I allowed the sheet to hang over the edge one inch more on the right side than it did on the left side, or making sure the tassels mentioned above were “combed” before the vacuuming was finished. Libby lived by the old adage, “If its worth doing, its worth doing right”.  While I, on the other hand, was blessed with no such tendencies.

Even though I teased her about being a perfectionist by calling her Miss Perfecto on occasion (okay, a lot, I called her Miss Perfecto a lot) Libby was way too humble to believe that anything she did neared the level of perfection and she certainly didn’t like for me to joke that she was perfect.

One day toward the middle of March while taking care of Libby, I was trying to determine what she needed and I asked, “Does your back hurt?”….”No”…” Are you cold?”…”No”… does your belly hurt?” each time she shook her head “No”.  So I said, “Well if you are not hot or cold and nothing hurts then you must be perfect.”  Libby shook her head, frowned at me with a disapproving look that I had seen many times in our 35 years of marriage, and said,  “If I were perfect then I wouldn’t be sick and in this hospital bed.”

Later that same night I told Libby, “I feel so helpless, I wish there were something more I could do. I am so sorry this is happening to you.” Libby turned her head toward me (again with the frown) and said, “Barry, don’t feel sorry for me, I have the easy part, you’re the one who has the hard job.”

Incredulous, I asked, “What do you mean by that?”  Libby’s answer still echos in my ears, even I as write these words exactly two years later, ” I mean,” she said, “My part is easy, all I have do is lay here while you take care of me for a few more days and then I will be in heaven, but you have to stay here and go on living without me.”

On March 25th it was just past midnight when I made the difficult decision to tell Libby something that, at the time,  I didn’t really think she was able to hear, much less comprehend, becasue by then she had been asleep for three days solid. I remember saying, “Libby, I love you but you need to know that I will be okay.  You were an amazing mom to our boys and although they will miss you, they will be fine. Bethany and our new granddaughter will be okay as well, you have fought hard but you don’t need to keep fighting for us.”

That was it, no long speech, no change in Libby’s expression and absolutely no indication that she heard it; instead there was a calm, spirit-filled peace that filled the room and I just remember thinking we would both rest better that night.  I leaned over to tuck in Libby’s covers but as I did the loose board next to her bed squeaked and without ever opening her eyes, Libby strained upward for her kiss.

3 thoughts on “Made Perfect…”