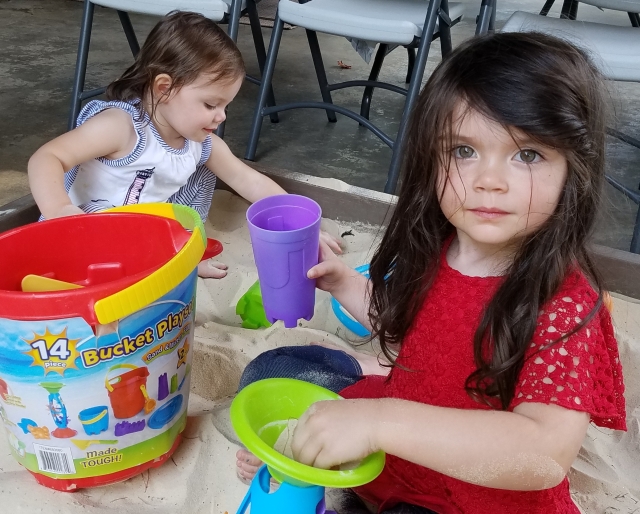 It has been a while since I’ve posted anything on the Libby’s Living Legacy WordPress site, yet I am still amazed with the number of visitors that it receives in spite of the inactivity.  I posted my first story to https://libbyslivinglegacy.com/  a few months after Libby died in 2014 and I averaged one story per week for nearly three years as I reconnected with the past.

Lately I have been thinking that an update might be in order.

A Time for Everything

3 There is a time for everything,
and a season for every activity under the heavens:

A Time to Mourn

For the past several years, March has been a challenging month because March 3rd is Libby’s birthday and March 25th is the anniversary of her death so every year it seemed as if a flood of memories welled up between those two bookends.  Grieving is hard enough for the hapless widow or widower but anniversaries and other constant reminders seem determined to keep us grieving, or so it seems.

The real issue for widowers and widows is that we allow ignoble thoughts of grief to displace logic.  Our piteous condition isn’t helped when social media celebrates an 80-year-old widower who “dies of a broken heart” just days after his wife passes away, proving, somehow, that he really loved her.  I understand the sentiment but, come on now, that is an unbelievably high standard, one that I was (thankfully) unable to achieve.

Helping a friend stumble through grief is a messy business and requires wisdom and patience; partly because too many people have a distorted view of widowhood (or is it widowdom?) and divorce seems to be one of the reasons.  That’s right, divorce.  Too often when a couple divorces it is a bitter affair (no pun intended) and in some cases each person tries to erase the memory of their former spouse by destroying photos and eliminating social media posts, never to speak their name again.

In widowdom  (this is my story so I get to use my made-up words) friends are hesitant to bring up the name of a former spouse for fear of opening old wounds and somehow causing even more grief, but the irony here is that, unlike some divorcees, most widows and widowers are hopelessly in love with their spouse prior to, during, and following their death.  That love does not die when our spouse does, in fact, in our minds we are probably more in love after their death than ever before, partly due to a phenomenon where many of us conveniently forget the worst parts of our marriage and romanticize the rest, as the memories of our loved one evolves into a pseudo reality.

Although I doubt that I ever exhibited such a distorted view of reality (once again, my story, my facts) I have witnessed it in other members of my family.  After my mom died I remember listening to dad reminisce about their marriage saying that one of the things he missed most about our mom was her excitement over the miniature lighthouses that she loved to collect. I would nod sympathetically as my dad fought back tears while describing a trip to the Outer Banks of North Carolina where mom added to her already large collection of lighthouses, proudly displaying them atop every shelf, table and nightstand in their Winchester, TN home.

But wait, What? —–The way I remembered the lighthouse story was that my Dad complained for a solid month following the North Carolina trip because mom ‘wasted good, hard-earned money’, He said, “Joyce you have enough lighthouses to give one to everyone in the county without even making a dent in your collection so why in the world did you buy more?”  and that sparked an intense argument.  Ok, scratch that— it was a fight, not an argument.  Then weeks later, when Dad couldn’t find a place to set his glass of sweet tea because of all of the lighthouses, the argument fight started up again!

Selective memory aside, it sometimes takes time for reality to break through the emotion and depression when you lose a spouse and I contend that most of us never “get over it”, we do, however, grieve less and less. Eventually, life creeps back into our world slowly, like a green vine’s slow growth which slowly overtakes the stone wall of an old country estate.  The ivy’s growth can’t be observed by the occupant of the home because she sees it every day, but compared to the reality of an old photograph it is easy see the how much change has taken place.

“Don’t feel sorry for me”

In March of 2014 a few weeks before Libby died, I told her how very sorry I was that she was so sick and how helpless I felt, “What do you mean?” she said, “Don’t feel sorry for me, I’ve got the easy job because all I have to do is lie here and let you take care of me for a little while longer, then I’ll be with Jesus.  You, on the other hand, have to stay here and find a way to live without me.”

In the intervening years I dealt with grief and depression although, in retrospect, I can now see where God used the birth of two granddaughters, the support of my friends, family and my church to nurture that slow vine growth.  Then, out of the blue, three years and four months after Libby died, a friend asked if he could introduce me to an attractive, talented lady named Cynthia Jane Simmons.  Although I was reluctant to date at all, my matchmaking friend listed the things we had in common such as: two kids each, active in church, athletic, and both widowed (no thanks to cancer).  Then he closed the deal with something like, “You don’t even have go on a date, just meet her for lunch and talk, I think it would be good for you both—-you both have been through so much…”

As uncomfortable as it was for me to consider dating, I was a sucker for trying to help someone who was going through a similar experience.  I would eventually learn that it had taken 6 months for our mutual friend to get Jane to the point of meeting this country boy from High Point, but after some mutual Facebook stalking, instant messaging and more stalking, Jane agreed to my request to meet for coffee. But then I had to quickly confess that I didn’t even like coffee, so basically, our relationship began with a lie. In my defense however, I used the phrase “meeting for coffee” in the general sense, I didn’t think I would actually be required to drink the stuff.

My first date in 37 years, sans coffee, began as Jane Simmons and I nervously picked over at a plate of Fusilli from Tony’s Pasta & Trattoria and it ended some four hours later as we sat together on a bench in Coolidge Park discussing those numerous common bonds. Bonds that made our initial conversation come easily while drawing the two of us together after just a few hours.

In spite of the fact that Jane made me cry on that first date (another story for another time?) we shared many more dates and meals but here is the irony; although we both really enjoyed our time together, it was dampened by a sadness that, looking back now, we can only describe as feelings of betrayal.  You see, Jane and I both had amazing marriages to wonderful people and during those marriages we were both very deliberate in keeping our marriage vows. Consequently, after just one date and without so much as a kiss or even a held hand, we both felt as if we had somehow cheated on our spouse by enjoying ourselves.

Many of you are thinking to yourselves, “It wasn’t cheating!” (see the second sentence of paragraph four about still being in love) but those dark emotions were real and it has taken time for Jane and I both to work through those feelings of disloyalty.  The good news about a relationship with someone who has been through a similar life-altering event is that we each have an intimate understanding of what the other person is feeling when there is a big family event and the absence of that first spouse is palpable, such as family member weddings, funerals or grandchildren’s’ birthdays. Other smaller, more personal events where that first spouse is missed include: stumbling upon a sentimental keepsake from a trip, wedding anniversaries, special photographs and the month of May.

Rather than avoiding the subject of our past marriages, Jane and I discussed our marriages and former spouses with one another from the beginning including that first date, in fact, after we had been dating about two months Jane commented one evening that we had reached a milestone in our dating life, saying, “Tonight was the first time since we started dating that neither one of us mentioned Libby or Lebron the whole evening…that’s a first for us”.  Of course, I felt like it was my duty to point out that since she had just mentioned them both, our record would remain intact.

Jane and I celebrated our one-year wedding anniversary this past Christmas with a ski trip to Breckenridge, Colorado and, to the casual observer, I have finally gotten over Libby and Jane has finally gotten over Lebron, but nothing could be further from the truth.  We are learning how to celebrate each other’s entire lives, the history that we have with our former spouses and those special anniversary days; sometimes by crying with them or sometimes by leaving them alone with their thoughts.  For the most part Jane and I have stopped feeling guilty for enjoying one another’s company and I realize that life didn’t stop for me on March 25, 2014, neither did it stop for her on July 19, 2011 but life certainly DID change for us both.

A Challenge and a Prayer

During my 35 years of marriage to Libby Willis Gilley in Flintstone and Jane’s 24 years of marriage to Lebron Simmons in Ringgold, friends were made, babies were born, birthdays were celebrated, graduation speeches endured, and college tuition was paid. The challenge that we both face now is learning how to weave that rich history of families, friends, blessings and sorrows from the Gilley and Simmons families into new experiences, new traditions and new milestones.  With 59 years of marriage experience between us, our hope and our prayer is that we have learned how to be better spouses as we start the next 59 years together (my story, my numbers).

29 thoughts on “A Time for Everything”