Libby and her mom Kathleen Willis 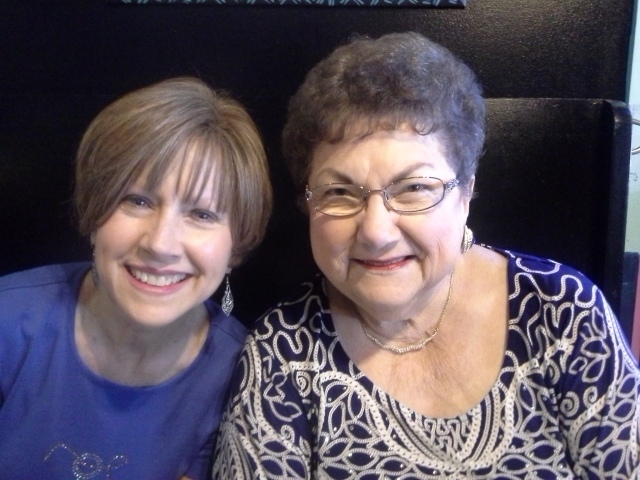 “Hey Libby, how are you doing?”  Libby and I both heard the question and immediately started looking around the crowded oncology waiting room in an attempt to locate the face that went with that question, eventually noticing a friend that we hadn’t seen in several years motioning to us from the other side of the waiting room.

Libby and I had just received some very troubling news from Dr. Schlabach and we had taken a few minutes to compose ourselves before leaving through the crowd of patients waiting at the University Oncology Center. Preoccupied with this devastating new information, we were purposely avoiding eye contact when we heard someone calling, “Hey Libby, how are you doing?”

Now before Libby’s cancer diagnosis when someone said, “How are you doing?” we both assumed it was the semi-rhetorical southern greeting, to which nearly every response was, “Good…how ’bout you?”  But ever since Libby’s diagnosis, people would inevitably ask Libby,  “How are you doing?” and they really meant it as a question with genuine concern for her health, not simply a greeting.

Libby recognized the face that went with the voice and after a quick hug she began responding to our friend’s question by answering,  “Well I’m not doing that great, you see …”.  Libby was interrupted mid sentence by our friend who began to tell us about a medical problem of her own (although in my opinion, her diagnosis paled in comparison to the news we had just received) then buoyed by Libby’s concern and compassion, the list of complaints and ailments grew to include other members of her family and her neighbor’s dog (Okay, I made up that last part).

Libby handled the situation the same way she had her whole life, although her eyes were still red and puffy following our conversation and prayer with Dr. Schlabach, she consoled her friend, hanging on every word, clutching both hands lifting and dropping them slightly on occasions to emphasize a point she was making.

Our friend was consoled and comforted by Libby on that day although she never asked why we were in an oncology waiting room nor did she notice how Libby’s voice cracked when she said, “I promise that I will pray for you, cancer can be a very scary thing.”

Just minutes before Dr. Schlabach told Libby that he was out of treatment options and she probably had only a few months left to live, so we were the ones with the bad news, we were the ones who needed comfort. I selfishly resented others wanting a piece of Libby, I resented people asking my sick wife to pray for them and console them.

Later that day, when we were alone, I told Libby that I thought she should concentrate on her health and on the time we had together instead of spending time and energy on other people, but my wife informed me, “We are not the only ones hurting, besides I can’t just stop caring”.  Libby’s very nature was compassion and those who knew her best will testify that she cared for others more than herself for the rest of her life.

4 thoughts on “How Are You Doing?”